Stella S. Liu, Esq. is the founder and principal of the Law Office of Stella S. Liu which was established in 1996.

Stella is an experienced attorney, a skilled negotiator, as well as a seasoned business advisor and strategist. When appropriate, she advocates zealously and aggressively on her clients’ behalf. She enjoys having a reputation for being thorough, practical, client-oriented and forward-thinking in her style of representation. Stella has successfully represented and advised clients in New York, New Jersey and Ontario in a wide range of legal matters. She also has extensive experience in serving clients of diverse backgrounds in terms of business, education, ethnicity, religious faith, cultures, languages, and socio-economic status. 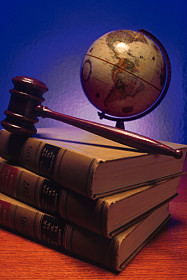 from Rutgers University Law School, Newark, New Jersey. Prior to graduation from Rutgers Law School, Stella served as a student intern to the late Justice Dominick L. DiCarlo of the United States Court of International Trade in New York City. Upon graduation from Rutgers, Stella joined a mid-size law firm in Roseland, New Jersey where she became a member of the commercial and environmental litigation team, serving a clientele of large to mid-size companies, financial institutions, airlines, designers, land developers, insurance companies, manufacturers and wholesalers. Shortly after being admitted to New Jersey Bar, Stella gained the confidence of the senior partners of the law firm and was assigned to assist in complex litigation cases, serving high profile clients, and opposite many senior, experienced attorneys of large law firms. While being a first-year junior associate, Stella was the primary author of many legal briefs, arguments and motion documents that resulted in victories for her clients, including the reported landmark decision in Bond v. Octagon Process, Inc., 745 F. Supp. 710 (M.D. Ga. 1990), aff’d, 926 F. 2d 1573 (11th Cir. 1991), cert. denied, 501 U.S. 1232 (1991).

To further her professional interests

in international trade and commerce, Stella pursued and completed a prescribed accreditation program at Osgoode Hall Law School of York University in Toronto, Province of Ontario, Canada, followed by a one-year mandatory articling program (internship) at the Legal Branches of Ontario Ministry of Finance

and Ontario Ministry of Economic Development and Trade. Stella was admitted as a Solicitor and Barrister by the Law Society of Upper Canada in 1994.

From 1993 to 1994, Stella served as a Trade Policy Analyst with the Ontario Ministry of Economic

Development and Trade, providing analyses and briefings to the Minister regarding the legal and economic implications of the then existing United States-Canada Free Trade Agreement and the North American Free Trade Agreement (NAFTA) which was under negotiation between the United States and Canada. Stella also served as a Crown Counsel at the Ontario Ministry of the Attorney General for two years, handling commercial and construction litigation, before returning to the United States.

Prior to entering the legal profession, Stella held professional and management positions with several public health facilities in New York City and the rural areas of Upstate New York, and served as Public Health Consultant at the New York State Department of Health.

Stella is fluent in Chinese, both spoken and written.